Invest in Children
Give your child a head start in life

Smart Buying Habits For Your Child

Since it is never too early to instill smart buying habits into your child, I thought I would share this video with our readers. It tells a story in cartoon form that might just grab the attention of younger children and keep them glued to the screen. Even teenagers and people in their early twenties seem to be captivated by cartoons and especially Japanese Anime. Maybe it is the fact that cartoons can do pretty much anything that they want, that grabs their attention and keeps it. 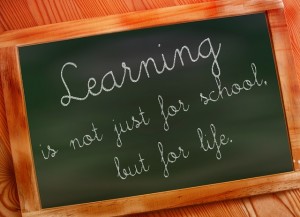 In this story, a wealthy young girl goes to the mall and buys the most expensive soccer equipment she can find and pays for it with her father’s credit card. When she shows the bright pink shoes and shin pads to her friends and coach, she is disappointed to learn that she cannot use them because they do not match with the team’s colors. She pleads her case with the coach saying that these are the best shoes and shin pads that money can buy, but he stands his ground saying that rules are rules.

Here father later disciplines her for spending too much money makes her take the equipment back to the store. Then one of the girl’s friends organizes a trip to the mall to see which store has the cheapest price for the equipment that meets their needs. The group finds out from one of the salespeople at one of the stores that they will be having a sale in the next week. The group decides to take that time to save some more money and go to the mall when the sale is on.

It is a pretty good lesson that your children might understand while they watch a decent cartoon, although it is kind of hard to hear what they are saying because they have music playing over the sound track. This video is one of several from the same people that each has a different lesson about money and finances for children.